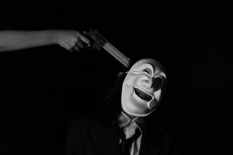 The 22nd amendment to the Constitution restricted a president to a maximum of two terms.  That amendment should be revised or additional conditions should be included in the amendment for overturning of Citizens United to put restrictions on term limits on term limits and lobbying all areas of government.

These term limits should be applied to the following branches.

In addition to term limits for government organizations and agencies, members of organizations in the federal bureaucracy should be banned from lobbyist positions for a term of five years from leaving their organizations.  These agencies include Cabinet departments, Independent executive agencies, independent regulatory agencies, Government corporations, and Presidential commissions.

All political contributions made by business entities must be made public.  Contributions by US subsidiaries of foreign companies must be evaluated and controlled as to whether these contributions violate regulations limiting the interference of foreign entities in US political processes.  This will require action by the states.  Members of Congress are not going to overturn Citizens United and lose their payoffs from SuperPACs.

The beginning of the regaining control by the citizenry is going to be a complex and difficult process.  Many of the significant changes in redirecting the focus of the federal government have been initiated by state and local governments in the past several years.  This has been done in many areas, including sexual rights issues, implementation of state initiatives to combat global climate change, and in local attempts to control gun violence.

Since the House of Representatives is supposed to initiate legislation for federal spending, it is obvious that they have not been successful in cutting the defense budgets to allow for domestic programs.  The Senate is supposed to approve all treaties and to approve all withdrawals from established treaties.  Neither the House nor the Senate is fulfilling their constitutional obligations in these areas, or in providing oversight on the Executive branch.  The Supreme Court of the United States (SCOTUS) has cooperated in dismantling major areas of the Constitution in a highly politicized manner.

These are the reasons that the Constitutional Amendment to overturn Citizens United needs to add the term limits and lobbying restrictions to the amendment.  It is going to be up to the citizenry to unite into effective organizations to pressure their state governments to support the correction of these decisions by SCOTUS.