This is an article I wrote in 2011.  It recently popped up on my desktop, which I take as a direct visit from Jerry Myers.  It is fitting that this is republished as we approach the Stonewall Riots 50th anniversary.  Jerry is worth getting to know even though he is in Spirit. 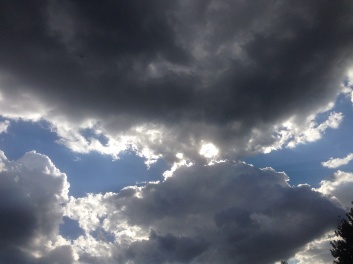 Jerry Myers was a very interesting person.  His profession was as a funeral director, and he ran a funeral home for over 40 years.  A special part of his life was that he was willing to provide embalming and funeral services for AIDs victims when many other funeral homes in Columbus would not do that service.  When friends and families of those that had passed from AIDs were turned down for funeral services, Jerry stepped up and helped them to achieve a decent burial.

Jerry was a very quiet person, with a strong will and a great belief in serving others.  Jerry was a founding member of the AIDs task-force in Columbus.  He saw the plight of those that were HIV positive and decided to help organize a group focused on helping those with AIDs.

Jerry passed away while working in another area of his service.  Jerry worked with the prison system to transport parolees back to their home locations.  He didn’t talk much about this, but it was important to him to help the parolees reintegrate back into society after their incarceration.  Jerry passed out while checking into a hotel in Indiana after driving from Tennessee.  He hit his head on the lobby floor, and he was gone in less than two days.  The day after he died, Jerry made his presence known to a group of people at a spiritualist service.  His message was that he was fine.  We knew that was Jerry.

Jerry had a continuing interest in learning and was familiar with many different ancient organizations and their teachings of mystical and esoteric information. Jerry was a member of the Masons, Scottish Rite, and Knights Templar. All of these organizations stress high moral values and service to the community. He continued to work and study up to the time of his passing.

Well done, good and faithful servant. We know that you are continuing your service now from the other side of the veil.  You must be amazed at the progress that has been made in combatting AIDS, same-sex marriages, LBGTQ issues, and so much more.  There is still work to do, but you contributed in some ways to all of this.