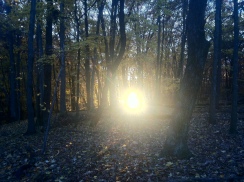 The decision to have an abortion is almost always a gut-wrenching decision on the part of the woman and often impacts the potential father as well.  Few people making these decisions are deciding casually.  Most will remember this period in their life as a very difficult one.  The pressure to remove the choice of having an abortion for any reason is increasing across the US, with a direct attempt to subvert the Supreme Court decision in Roe v Wade led by VP Mike Pence and the Evangelical church movement.

While many people claim to be Pro-Life, their real commitment is often for Pro-Birth.  Once a child is born, the support for health care, food, clothing and a safe environment are often ignored.  The Pro-Life people in government are often the same people that want to defund Planned Parenthood, reduce funding for nutrition programs, Medicaid and the availability of birth control.  Some Pro-Birth supporters go as far as to insist that victims of rape, incest or life-threating health issues for the mother cannot have an abortion.  They also insist that fetuses with known defects that will result in immediate death upon birth, or huge deformities and limitations must still be born.

Planned Parenthood is maligned as an abortion establishment that uses government funding to kill potential babies.  Planned Parenthood and all other providers of abortions are prohibited under the Hyde act from using federal funds to provide abortions except where carrying the fetus to term endangers the life of the mother.  The Hyde amendment was first passed in 1976.  The inclusion of rape or incest were added as additional conditions that allowed federal funds to be used to perform abortions in 1994.

Planned Parenthood provides extensive health care services to women, and now to men, for birth control, sex education, general health care, rape counseling, family planning, and many other services that are not available or affordable for a significant portion of the population.  Approximately 92% of Planned Parenthood resources are used to provide improved health care for women, and to a lesser extent, to improve health care for men, in areas related to reproductive health such as pap smears, mammograms, sexually transmitted diseases, education and other areas listed above in the link.

If the Pro-Birth proponents were serious about providing an environment where every child has an opportunity to grow up in a safe and secure environment that will nurture the child’s development into a healthy adult, it could then justify the title of Pro-Life.  There should be a cooperative initiative to promote adoption for unwanted babies as an alternative to abortion that includes Pro-Life and Planned Parenthood supporters.

The people that are most against abortions are often the same people that do not support birth control.  This is a naïve and illogical position that has put religious beliefs up against the forces of nature.  Pro-Life requires support for the baby and mother beyond the birthing event.  That support is often provided by organizations like Planned Parenthood and other community healthcare services.  Let your congressional representatives know that programs that support life after birth are critical to fulfilling the promise of the Declaration of Independence for everyone, whatever their financial and social status, for life, liberty and the pursuit of happiness.