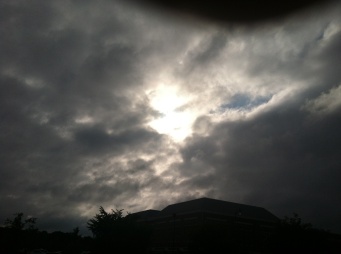 I had a conversation with a black friend and he made a comment “All you white people are…..”  I was so pissed I didn’t hear anything else he said.  I don’t know what he said, and at this point, I don’t care.

Before we go on, I want you to fill in the first blank space in the title with some characteristic that you feel applies to you.  It can be color, race, sexual orientation, religion, country of origin, whatever will make you angry when you fill in the stereotype of your group identity in the second space.

It is usually about as insulting to say, “Most of you (________) are (_______)” as to say “All of you”, but it’s not quite as jarring and inaccurate.  Racism and prejudice are things that nearly every one of us has, but most of us deny that we are racists or prejudiced than is probably true.  I was fortunate to have parents that were followers of Jesus’ teaching to apply the Golden Rule to everyone, and they did that all of the time that I can remember.

For myself, when the pictures of the three accomplices in the murder of George Floyd were published, I assumed that the third man that had an oriental face was Chinese.  He is not, but I don’t remember his race.  I was surprised to hear he was another race, and saddened that I had assumed he was Chinese.

I have worked in many areas of the world; liked the people I met; considered them to be overwhelmingly good people, and yet, I assumed the third policeman was Chinese based upon his physical features.  I realize that my conviction that COVID was engineered in Wuhan as part of an “increase in function” effort to make a virus deadly has biased my feelings about China, and Chinese people.  I will work to stop thinking that.

It doesn’t really matter what this third officer’s race is.  There were three police officers within a few feet that could have pulled the officer that was killing Floyd off his neck, and they did nothing.  Whatever their races, religions, sexual orientations, or backgrounds, they stood by and let a fellow officer kill a human being without any reason whatsoever having to do with that person be a danger to anyone.  The current story is that it was personal between the policeman and Floyd.  That doesn’t matter either.  Floyd is dead, and these four policemen are very likely going to jail for a long time.

This article is not primarily about the Floyd murder, but that murder cannot be ignored.  What has changed after Floyd’s death is that the truth of all of the previous murders that were caught on cell videos have been seen around the world.

If you were to attend a playschool or daycare center for children, you would find that most children are unaware of color differences, religions, or other characteristics that are often foundations of prejudice in adults.  There are exceptions, and often these exceptions reflect the prejudices of their parents and those that they encounter in their environments.  Racism is not a genetic trait of any race.  Religious prejudice is not a genetic trait.

This combination of COVID and Floyd’s murder has begun the creation of a new global consciousness.  People around the world are protesting the racism shown by some policemen in the US.  However, many of these people in foreign countries recognize that this is not just a US problem.  In England, African immigrants are pulling over statues of key slave traders.  In Australia, many people are protesting the treatment of the indigenous people now and what was done in the past.

Before you utter the words, “All of you _______ are ______”, think again.  The words “Sticks and stones may break my bones, but words will never hurt me” is a lie and has never been true.  Derogatory words applied against any individual are hurtful.  Think about what you are saying, and observe that among any group of people, most are good people trying to live a good life.  For those that are exceptionally hateful, deal with them as you must.  Ignoring racism and prejudice is not helping.  Be sure that you are right in your judgment.

It is time that we apply the Golden Rule in reverse.  Love your neighbors so that you can learn to love yourself.  Many of us will help define a new global consciousness that we can hope will be accepted by many more to stop the prejudices and help to create a world that works for everyone.  We need to work on our beliefs so that we understand that we are in a world of individuals that needs to have people working together.  We are in this together, and we need to remove the prejudices and judgments from our beliefs.