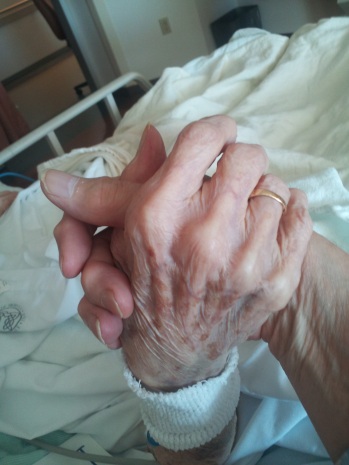 Watching the fourth Democratic presidential candidate debate helped define the issues that are going to make or break the ouster of Trump.  This article is going to focus on one key issue and define what needs to be done.  Successfully addressing this single issue will largely determine whether Trump is defeated.

There is a push by Senator Sanders and Senator Warren for Medicare for All.  There are about 44 million people enrolled in Medicare in 2019.  There are about 4.4 million (~10%) of Medicare recipients that only have Medicare.  The other 90% enrolled in Medicare have supplemental plans.  Those without supplemental plans are generally responsible for 20% of what Medicare is willing to pay for treatment and they are penalized if they do not use private insurance to pay for pharmaceutical drugs.  These two candidates that support Medicare for All insist that private insurance will be phased out.

There are about 150 million people that are enrolled in a private insurance plan.   People usually resist change.  When forced to make a change, people resist more.  When forced to make a change that has unknown financial consequences, they will fight to keep what they have, even if what they have is far from perfect.  Senator Sanders stated that taxes will go up, but overall costs will go down for middle-class families under Medicare for All.  Senator Warren refused to answer the tax question as to whether taxes had to go up under Medicare for All.  The pundits analyzing the performance of the candidates uniformly criticized Senator Warren for her failure to acknowledge the necessity for a tax increase in order to implement Medicare for All.

As stated above, about 90% of Medicare recipients have supplemental plans to cover costs beyond Medicare payments, and for drugs, and other healthcare needs.  Some of the candidates have proposed Medicare will pay for 100% of treatment costs.  This is going to be very expensive, but that is what is being suggested.

If Healthcare for All is adopted with the choice to buy into Medicare or continue to use private insurance, the coverage provisions required by the current Affordable Care Act, aka Obamacare, must be enforced for either choice.  This includes preexisting conditions and chronic illness with potentially huge liabilities by whichever insurance plan applies.

Having open enrollment to Medicare would allow those that are currently uninsured to have healthcare coverage.  There will be an additional cost to those subscribing to Medicare because supplemental plans are needed to cover the 20% not paid by Medicare, and there is currently a requirement to have a supplemental plan to pay for prescription drugs.  Medicare for all could assume the 20% cost that is now paid by the Medicare enrollee.

Another key issue regarding Healthcare for All must focus on drug costs.  Somehow Congress passed a law that Medicare programs cannot negotiate drug prices.  This has led to the US having the highest cost for prescription drugs in the world.  The pharmacy companies assert that their research costs force high prices.  This would be a reasonable assertion except that it is not true.

“Of the nearly $30 billion that health companies now spend on medical marketing each year, around 68 percent (or about $20 billion) goes to persuading doctors and other medical professionals—not consumers—of the benefits of prescription drugs. That’s according to an in-depth analysis published in JAMA this week. Jan 11, 2019″.

The bottom line on drug costs is the costs in the US are much higher than in other developed countries.  Cost of insulin is substantially higher than in Canada.  The cost of drugs to combat hepatitis C vary from country to country.  The US price is $1,000 per pill, with a full treatment of $85,000.  The price in Canada for the same treatment is $55,000.  The generic drug to treat hepatitis C sells in India for $4 per pill.

Increases in drugs that are critical for survival has had seen huge increases.  Insulin that costs $320 per vial in the US is $30 for a similar version in Canada.  Allergic reaction medications went from $57 to ~$350 per injection, with a generic drug selling for ~$200.  There was no new R&D for these products.  These prices increases were due to greed on the part of the manufacturers.  Healthcare for all should include a provision for oversight of life-critical drug pricing.

Some of the candidates supported open enrollment in Medicare with a private insurance option.  Other candidates support an extension of the Affordable Care Act (Obamacare)  with a private insurance option.  Either approach can meet the requirement to provide healthcare for everyone.  The approaches outlined here will be supported by the majority of US voters and help regain the presidency and Congress for the benefit of US voters.  God bless America and the Golden Rule.

One thought on “Advice from the Heartland – Healthcare for All – revised”